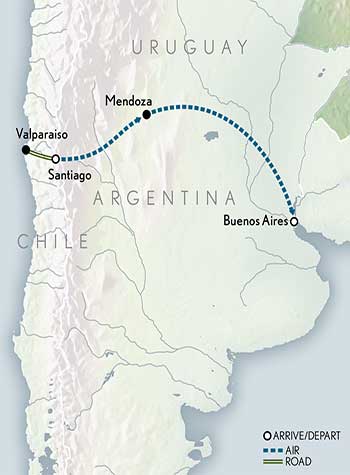 Tailor Made Chile & Argentina: Culinary Discovery
Travel with your private party on this Luxury Tailor Made Journey, departing when you choose and with expert local guides leading the way; you can even customize the itinerary to your interests.

Embark on a culinary odyssey through Chile and Argentina, experiencing unforgettable wine and food as you visit a bustling market, where you sample local fare; benefit from reservations at coveted restaurants, courtesy of A&K sit down and dine with a local resident; and experience cultural and culinary immersions at every turn.


Featured Article : Argentina! The Tango.. And So Much More!
Buenos Aires Destination Guide